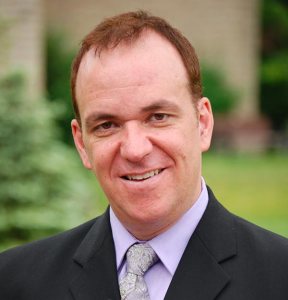 Rev Robb joined Clergy Support Memorial Church (then known as All Seasons Church of Canada) as an Appointed Designated Minister in May 2008. Over the past 10 years, he has consistently demonstrated to the Board a dedication to, and caring towards, others and the Board agreed unanimously to raise him to the status of Ordained Minister in November 2018.

Besides his work with Weddings, Baptism and End of Life ceremonies, Robb has been fortunate in his Ministry to assist many people through his Pastoral Care in their daily lives. Some examples:

He has opened his home and provided temporary housing for people who are trying to get back on their feet, whether from the end of a relationship, job loss, and other issues. Robb has given his support and assisted a family to get their son to enter a drug rehab program. He offered his emotional and aftercare support to a young woman following a cardiac episode which uncovered a brain condition that require surgery. His support to her family was invaluable.

He has also provided spiritual support to the family of a couple he was marrying while their father was in hospice at the Ian Anderson Hospice. He was honoured to offer counselling to a former bridal couple from five years ago to make it through some rough patches in their relationship. Robb assisted a family man deal with issues surrounding his partner having an affair and referred to counseling.

Rev Robb was raised by a mother of strong Catholic faith. Prior to his completion of university, he was very active as a member in his church. His last contribution to the Catholic faith was leading a youth group where he created and delivered self-awareness seminars that were approved by the diocese.

This all changed when he relocated from Sudbury to Toronto in 1994. Suddenly a new world of Christian faith and culture was opened to him. His work with Clergy Support Memorial Church gave him even more opportunity to experience this. His credo is “Whatever empowers a person to be the best they can be in this life without hurting another individual, including themselves, is part of God’s plan”.

As a Christian, Robb’s faith has been enriched by the teachings of Marianne Williamson, an active American spiritual teacher, author, lecturer, entrepreneur and activist and her interpretation of the principals of the book titled “A Course of Miracles”, authored by Helen Schucman and William Thetford.

Robb’s core Christian belief is that the power of love is our guiding force.

Robb was active in Life Coaching from 2005 to about 2010. This counselling practice was primarily dedicated to helping women recover and rebuild their lives from divorce.  Although this part of his life was fulfilling, his ceremonial and pastoral work as a Designated Minister in 2008 began to take precedence. Now, with his life experience to support him, he plans to renew this work and include it as part of his growing ministry.  Robb has always made himself available to offer a helping hand and some guidance who have been seeking to make a positive change in their lives.

Robb loves to read books that ‘fill the soul’ and reads all the spiritual and self-help books he can find. He’s also drawn to Interior decoration and enjoys designing and learning how to create a comfortable, interesting environment that also contributes to stimulating personal growth.

Please click here to return to the previous page.